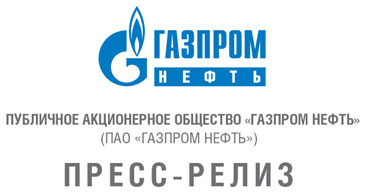 Gazprom Neft and one of the world's largest oil and gas industry research centres, IFP Energies nouvelles (France),* have signed a Memorandum of Understanding (MoU) at this year’s St Petersburg International Economic Forum.

Moving to a new level of collaboration, the companies will create innovative technologies in geology, field development, and digitalization, as well as developing joint multidisciplinary educational programmes, at the international level.

Gazprom Neft and the IFP Energies nouvelles are already working together on a number of technological projects in developing and testing chemical formulations for enhanced oil recovery (EOR ), as well as in the use of cutting-edge digital products. Joint research is planned in geological modelling, the development of hard-to-recover reserves, and other areas of the oil and gas industry, in the future.

The MoU also envisages the creation of a joint modular multidisciplinary educational programme, integrating all areas of science engineering, combining knowledge from many fundamental sciences and high-tech manufacturing processes. Training will cover issues including methodology and instruments in integrated modelling, design, construction and the operation of complex facilities, as well as solutions in cost engineering.

Vadim Yakovlev, First Deputy CEO, Gazprom Neft, commented: “Gazprom Neft's strategic priority remains continued technological development, which today is one of the main competitive advantages in the industry. Facilitating the development of breakthrough technologies requires the open exchange of experience and best practices, which is why we are scrupulous in developing an innovative environment around our company, and actively engage with leading scientific organisations and technology centres, both in Russia and abroad.”

IFP Energies nouvelles (IFPEN) – the Renewable Energy Institute, former French Petroleum Institute (IFPEN) – is a major state-financed research and training player in the ﬁelds of energy, transport and the environment. From research to industry, technological innovation is central to all its activities, structured around three strategic priorities: sustainable mobility, new energies and responsible oil and gas.
The organisation is, today, one of the world’s largest scientific centres, with its own laboratories, highly qualified scientific personnel, and 11,500 patents in force, as well as having been awarded the Nobel Prize for Chemistry. The company has led the international EOR Alliance since 2010. The IFP Group Education Centre operates throughout 80 countries, specialising in oil engineering programmes delivered to 1,200 client companies including leading multinational, Total, with approximately 500 students attending its masters programmes every year.

Gazprom Neft is a vertically integrated oil company, primarily involved in oil and gas exploration and production, refining, and the production and sale of oil products. The Gazprom Neft’s corporate structure comprises more than 70 production, refining and sales subsidiaries throughout Russia, the CIS, and abroad.
The company’s proved and probable reserves (SPE-PRMS) are estimated at 2.78 billion tonnes of oil equivalent (btoe), making Gazprom Neft one of the top-20 largest oil and gas companies in the world, and one of Russia’s top three largest companies in terms of production and refining volumes. Total production in 2017 reached 89.75 million tonnes of oil equivalent (mtoe), with refining volumes of 40.1 million tonnes.
Gazprom Neft products are exported to more than 50 countries worldwide, and sold throughout the Russian Federation and abroad. The company’s filling station network totals more than 1,850 outlets throughout Russia, the CIS and Europe. 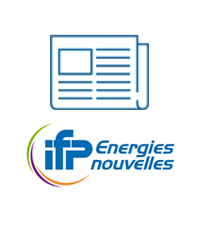