To improve catalyst selectivity and optimize refining process, a research thesis conducted at IFPEN focused on studying the conversion of cyclic molecules (napthenes from the C14 family) over two typical zeolite hydrocracking catalysts (USY and beta zeolite). Among other enlightenning results, the research showed the importance of the zeolite pore structure in the selectivity maximization.

The metal function assures the stability of the catalyst and also generates more reactive intermediates, which can then be converted by isomerization and cracking on the acid sites of the zeolite. In that respect, it is very important to maximize the selectivity of the catalyst towards products in the desired boiling range, in order to avoid overcracking to light products of lower value.

The naphtene reactivity in question

For a rational approach to optimizing catalyst selectivity, it is very important to understand the reaction pathways involved in hydrocracking but also the reactivity of the major components of the hydrocracking feedstock.

The reactivity of paraffins is already well known, but it is not the case for all the components of the heavy feedstocks used for hydrocracking. These feedstocks actually contain a large majority of cyclic molecules (naphthenes), which are heavily substituted by alkyl chains and since the reactivity of these molecules over hydrocracking catalysts is poorly understood, it is hard to predict the product pattern that will be obtained from a given naphthene.

The choice of the zeolite pore structure is decisive

A detailed study of this subject was therefore conducted during a PhD thesis conducted at IFPEN [1]. The heaviest naphthenes that are commercially available and can be readily processed in a catalytic testing unit are C14 naphthenes. The research team used two of them as surrogates for the cyclic compounds in hydrocracking feedstock: a tricyclic compound called perhydrophenanthrene and a monocyclic naphthene with the same number of carbon atoms. 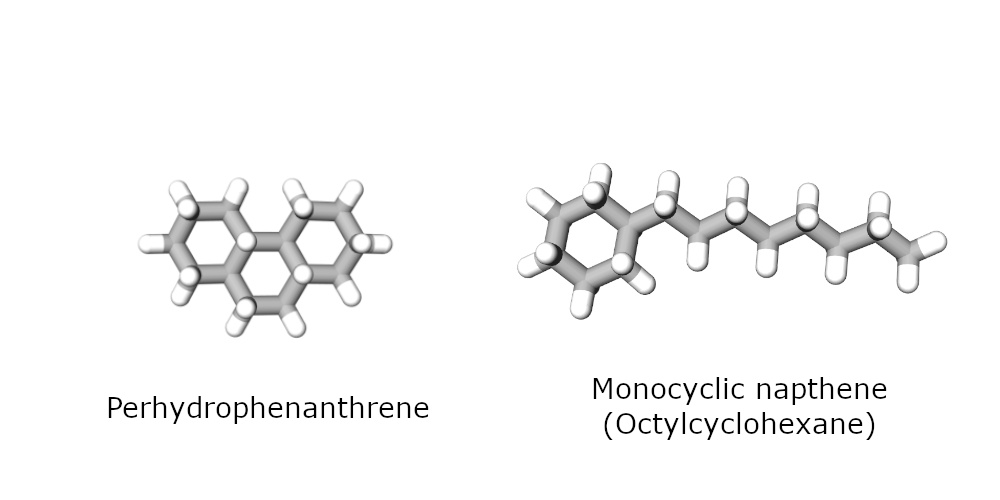 Their conversion was studied over two typical zeolite hydrocracking catalysts (USY and beta zeolite), combined with Pt as the metal function.

Quite surprisingly the conversion of perhydrophenanthrene led to a substantial formation of adamantanes, highly symmetric compounds which are the thermodynamically most stable naphthenes in the C14 family. This high thermodynamic stability is advantageous because once formed, adamantes do not undergo cracking to smaller molecules.  However, their formation over zeolite catalysts is surprising because they are too bulky to be formed within the zeolite micropores. A reasonable assumption is that the outer surface/the pore mouth1 of the zeolite must be responsible for their formation. 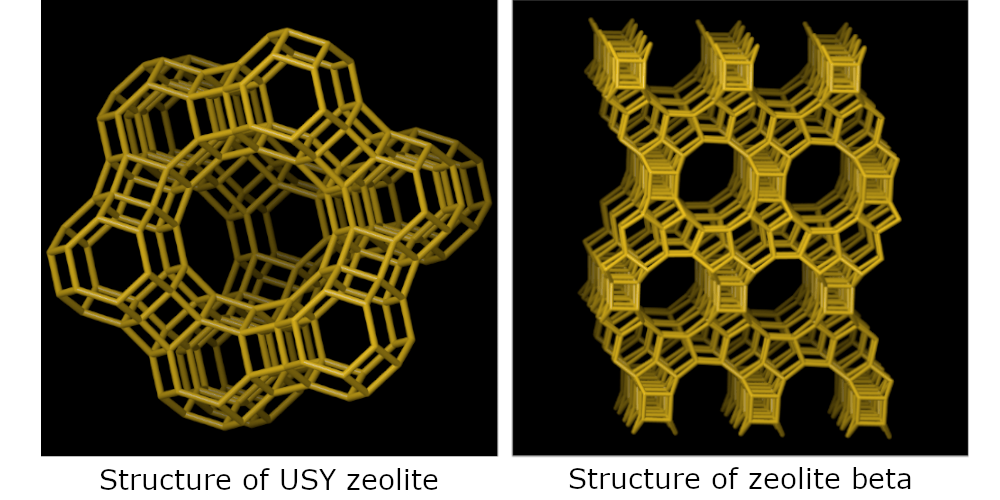 A large fraction of perhydrophenanthrene underwent opening of the central ring, followed by symmetric cracking to two C7 naphthenes. This is indeed a desirable reaction pathway, because it avoids the formation of lighter (gaseous) products. However, a parallel reaction pathway led to the opening of an external ring, followed by cracking of a C4 fragment.

A main result of this study was to show that the choice of the zeolite pore structure (USY vs. beta) allows directing the selectivity towards cracking of the central ring, which is very important for the industrial application (figure).

1 The pore mouth is the opening of the pore towards the external surface of the zeolite crystal. 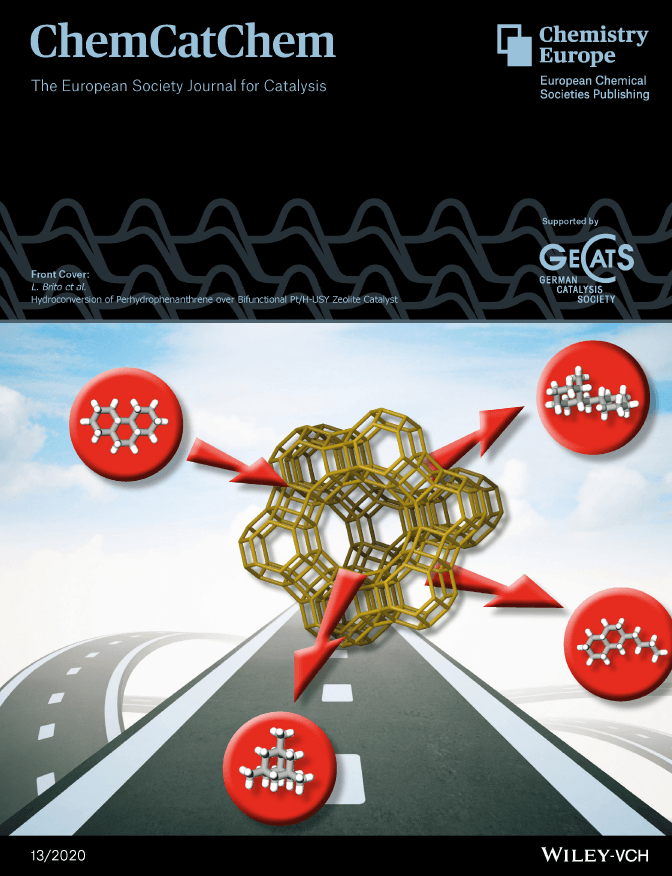 Part of the work has been published in ChemCatChem and been honored as “Highly Important Paper”. http://dx.doi.org/10.1002/cctc.201902372. Remaining results of the PhD thesis concern the conversion pathways of octylcyclohexane. Their publication is presently in progress.

[1]  Larissa BRITO,Hydroisomerisation and hydrocracking of naphthenes, Thesis defended on 15 January 2020 at IFPEN Lyon.

>> To find out more: catalyze